Glad did not go here at the start!

Exploring the Weeping sores.
Fighting zombies, invisible skeletons, and wraiths.
A clash with a retriever.
Find a magical armory and mysterious key.

After laying the Justicar to rest the heroes explore the gnoll area. A large battle ensues with many flame strikes.

Find a man-made water shaft at the bottom of a water basin, not yet explored.

Meet four dwarves and converse. This turns to be five fire giants followed by a couple of hags.

Laying the Templar to Rest

Exploring the Lower Tier of Tsar

Exploring the caves in the cliff – Triceratops/ Ettin cave
Exploring building near the pentagram with a four-armed gargoyle.

Defeated a tree that had zombies.
Large battle with a dragon and baboons. End of retreating before the dragon can be defeated.

Having fended off the unrelenting undead assault the Drak Hand says farewell to Thane Fenrisn and Roark the cleric and fellows. The dwarves leave a map with the dark hand to allow finding them in the future.

Dwarf King Crona was defeated but the whereabouts of his phylactraphy remains unknown. 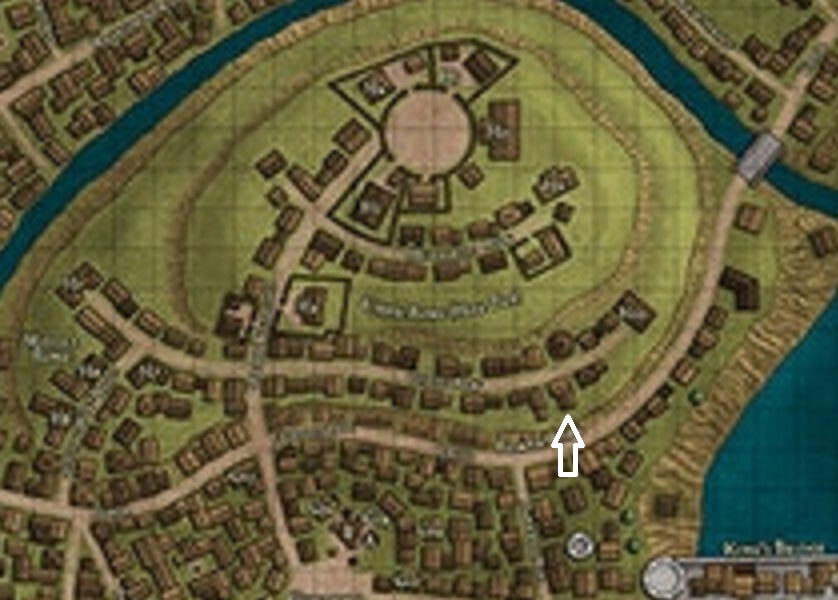 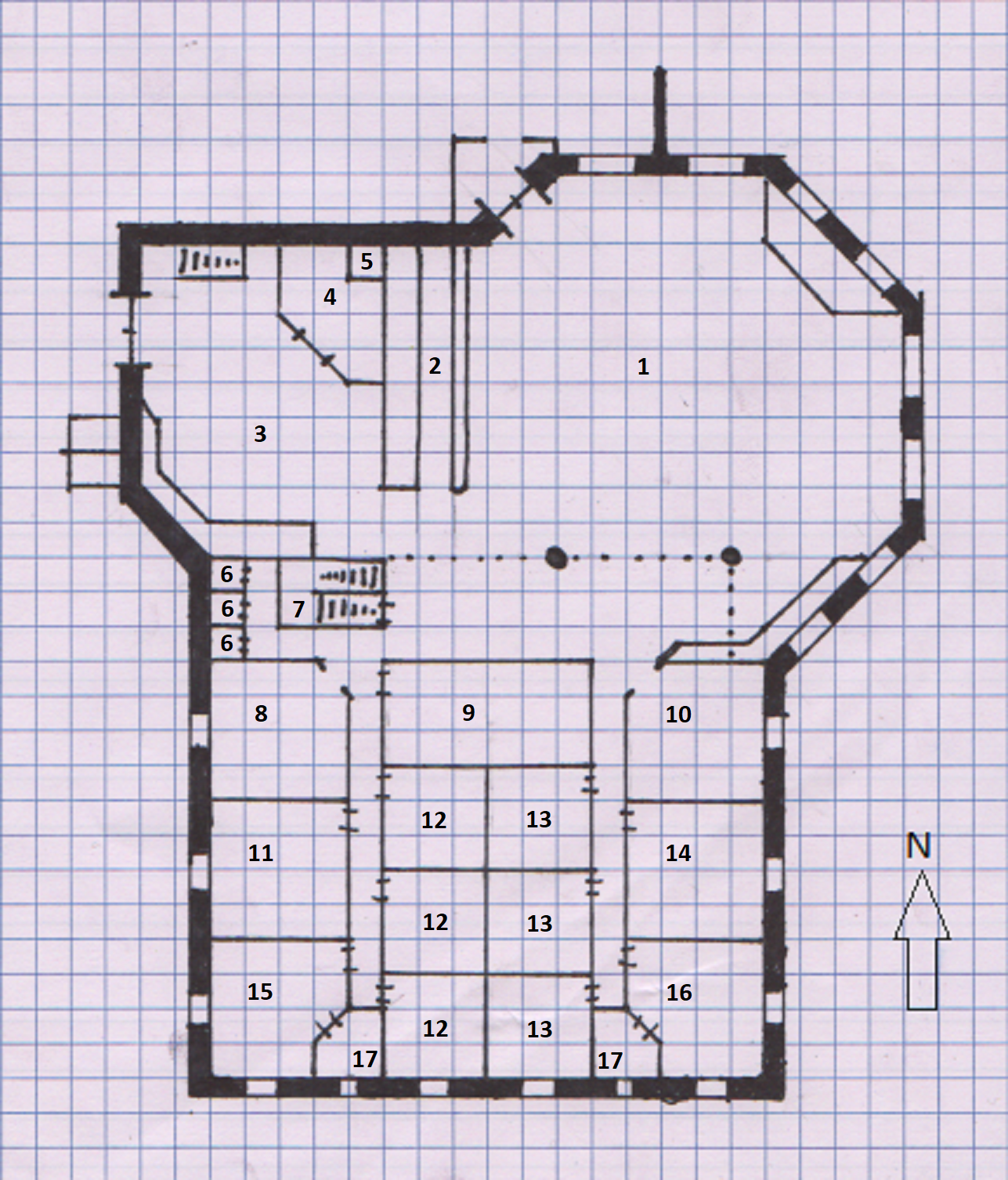 The Blue Dragolisk Inn rests on the south side of the Middle Hill Road. A large two story high turret protrudes from the northwest corner of the building. The first thing a person notices from the Middle Hill road is the large sign of a big, blue six legged, winged lizard that hangs from the north face of the turret. This could only be a Blue Dragolisk. Just to the west of the sign is a small covered entry way that leads to the main door of this establishment. The next thing that everybody notices in this area of the Middle Hill Road is the wonderful smells that loft from the inn that come from the we’ll renowned cooking being served there. 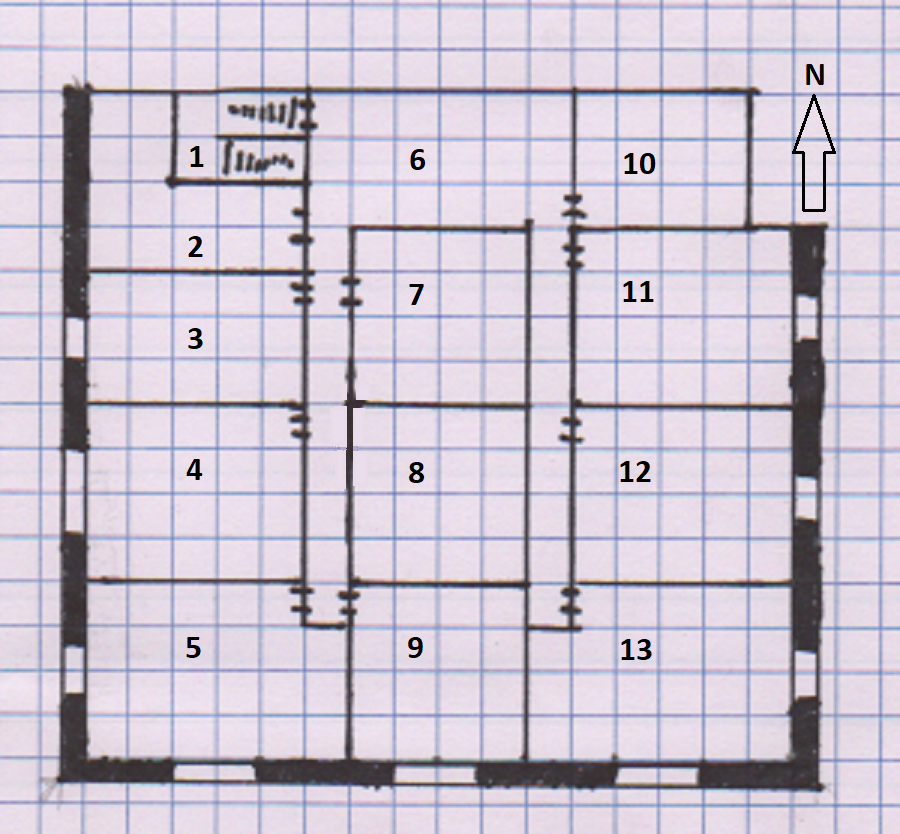 8 -Abee Quacks Room
There is no door into this room

The Dark Hands teleport back to Bard’s Gate and spend time studying, shopping, and crafting. The band also purchases an Inn in the Hill district.

Clearing the Dead Fields in the Desolation
Fighting the Bone Lord
Finding dwarves excavating a burial mound of a Dwarf King.
Uncovering the T-Rex skeleton.
Trying to sleep and being assaulted by waves of undead skeletons, cadavers, and life-sucking undead.

Wondering in the rift the Drak Hands are low in spirits having lost Aramil Holimion and Jadwiga to an ill fated dimension door attack on a half dragon basilisk. The band finds to wondering mysterious characters in the rift, Realm and Iacub Belmont. After some initial reluctance, they agree to band together to confront the half dragon and split its treasure and attempt to free the Drak Hands enstoned members.

Exploring the Chaos Rift the heroes find an aerie of Margoyles and Gargoyles. After battling waves of attacks, a deal is struck, with the gargoyles offering treasure or knowledge should the Dark Hands be able to find their lost king.

The band finda the lost gargoyle king who has been taken over by some green slime. A number of the band are also taken over and Abee Quacks and Realm must fight to free their fellows.

An encounter with a lost temple results in battles with demons and a beguiled angel.
Find lost temple/resting place of Justicar Garrant.

The Justicar was betrayed by Alaric the Captain of the Army of Light.
Justicar Garrant slain by a cloud giant with a spear forged from the darkness.
Spirit of Garrant asks us to retrieve the anvil that forged the spear that is within the city of Tsar.